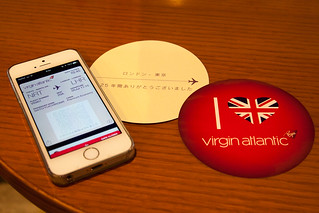 I got this novelty from VS staff. It’s very happy 🙂

(In English: “London to Tokyo … Thank you for twenty five years.”)

About ten years ago, my wife lived in London. Then, she used VS frequently. And, we used VS at honeymoon 🙂 Because, VS offers originality service than other airlines. So, VS was hold a lot of memories to us. 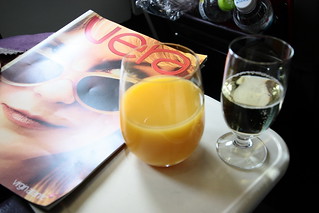 Twenty five years years ago, VS entered service to Narita. Now, four carrier(British Airways, JAL, ANA, and VS) are operating from Tokyo (Narita and Haneda) to London. But, today abandoned by VS. According to rumor, the abolition occurred by national policy. We called it “Narita Regulation” (Ref (Japanese): 「成田縛り」ルールは崩壊するか。ヴァージン撤退でANAがコードシェア失い、羽田運航ができなくなる？ | 旅行総合研究所タビリス). If the rumour is truth, we are so sad 🙁 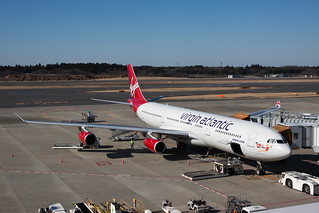 It’s fine today but cold and windy. Many aviation enthusiasts gathered to Narita to see last flight. I’m one of them 😀 I was taking another airplane while was waiting for take off in the two and half hours. It’s chill that pierced into the marrow !!! 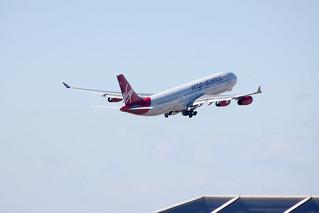 We hope to see you again at London 🙂